Loading SWF for the first time...
Adobe Flash is required to run this project in the browser. Enable Flash
Support This Game

One Chance is a game about choices and dealing with them.

Scientist John Pilgrim and his team have accidentally created a pathogen that is killing all living cells on Earth (bummer, right?).

In the last 6 remaining in-game days on Earth, the player must make choices about how to spend his last moments. Will he spend time with his family, work on a cure or do something else entirely?

You have One Chance. Remember that.

Finnaly i found this game :

Reply
歪理饭饭饭饭饭201 days ago
Years later, it's still worth thinking about
Reply
Base_Line Driller1 year ago

How do I run this without flash?

I FOUND A CURE

If you just let me work on the second day i would've saved few people. Why did you Prevented this to happen?? Who hurt you??? 🙃

how do i restart, saw jacksepticeye was able to do it a long time ago was wondering if anyone else knew how

this game is awesom

Yeah, pretty awesome. Though, I wasn't able to save anyone...

I first played ONE CHANCE 2-3 years ago, but it seems that the version I tried had a bug which prevented the best possible outcome.

However, in this version, undertaking the exact same course of actions does lead to what seems to be the best possible outcome (of having at least 2 humans surviving beyond 6 days).

Another bug common to both versions is how the child may sometimes appear twice in the same scene, as if she suddenly has an identical twin.

By the way, the version hosted at your game website does not seem to work. It merely launches with a blank white screen, with music playing in the background. 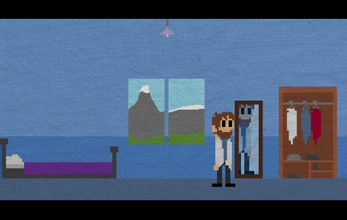 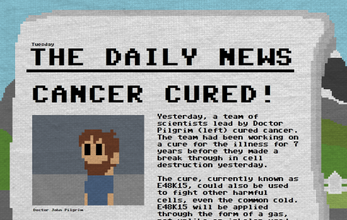 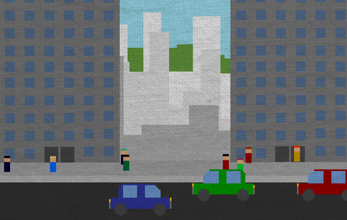